Yusof Mutahar is one of greatest handsome doctors in Australia. He is also an actor, General Practitioner, athlete, author and entrepreneur. He is a great dedicated doctor in Australia, completed his MBBS from a popular Medical University. 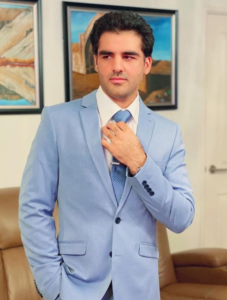 We can say about the Forensic pathologist Professor Roger Byard PSM. He has performed some 6000 autopsies in his career. Still he can remember the names of the first children he examined almost 30 years ago.To him patients are like families.

Once he said, “Forensic pathologists are guardians of the dead in a way. We’re the last doctor that this person is going to see. It can be a difficult profession but I approach each case by saying, ‘this is my patient and I really need to find out what has happened so I can talk to the family, their doctor and the coroner about anything that is of concern.”

He is dedicated to his work. Really he is a great doctor in Australia. It’s Professor Byard’s dedication and service to his field as an academic, researcher and practitioner.

We can also say much about Diego’s dedication! Professor Diego De Leo is the director of the Australian Institute for Suicide Research and Prevention, Griffith University, Brisbane. He gives service and medicine to the field of psychiatry as a researcher and practitioner. His contribution is really great to the medical history of Australia.

Emeritus Professor Robert Goldney is a past head of psychiatry at the University of Adelaide. He gave distinguished service to medicine in the field of psychiatry, as a researcher in Australia.

Professor Ralph is the founding Director of Research, McCusker Alzheimer’s Research Foundation in Hollywood Private Hospital. It’s a very popular hospital in Australia.And he is popular to mass people for distinguished service to medicine in the field of psychiatry through leadership in the research into Alzheimer’s disease and the development of early diagnosis and treatment programs, and to the community of Perth.

Professor Helen Zorbas is the CEO of Cancer Australia. She is great for her service to public health through leadership in the delivery of improved information and services to cancer patients and their families and contributions to research and clinical trials.

Dr. Alan William Duncan is the Medical Director of Clinical Governance at the Child and Adolescent Health Service, Department of Health (WA). He is a popular medical officer for significant service to medicine in the field of paediatric intensive care as a clinician.

Dr. Mark Francis Ellis is an ophthalmologist at the Hawthorn Eye Clinic in Melbourne. He is special for significant service to medicine in the field of ophthalmology, and to eye health in Indonesia and East Timor.

Dr. Brian Michael Boetther is a forensic psychiatrist and past director of Aftercare, Sydney. He contributes a significant service to psychiatry as an educator.

Professor Stephen Davis is the president of the World Stroke Organization, director of Neurology in Royal Melbourne Hospital. He has played a great role and gives significant services to medicine in the field of neurology.

There is also a short list of doctors (without description) – I write for the favor of the patients so they will be able to know about them :

From this article, you will be able to know about the top best doctors in Australia. Hope it will help you when you want to know about them or you need to go to abroad to take treatment. From now, hope you can easily take a decision to go Australia to take treatment as you know who will be the best doctor for you and from whom, you will take your service.
Thanks for read this. Stay tuned with us.